skip to main | skip to sidebar

Yesterday Nickname Pending and I headed east, to do the now completed Rotary Walkway that goes from Ohui-a-rangi (Pigeon Mountain) to the Rotary Reserve on the Pakuranga Highway opposite Pakuranga Plaza.
We parked on Galloway Crescent, by a little reserve at the back of Wakaaranga School, then walked down the road to one of the many pathways that join the walk. They are marked with these concrete stamps, which are also supposed to mark kilometres along the length of the walk itself, but seem to be placed somewhat irregularly. 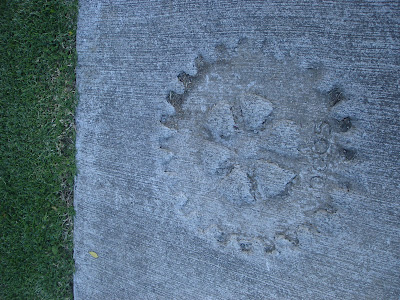 We headed towards the Plaza first, although we didn't start right at the beginning of the walk. The pathway is largely concrete and wends its way pleasantly along the coast, with a few explanatory markers along the way. We walked up Wakaaranga Creek, which is covered in mangroves, spotting pukeko and grey herons along the way. A lot of the houses that back onto the creek pathway are rather flash, some with tennis courts and others with jetties that go out from the path. 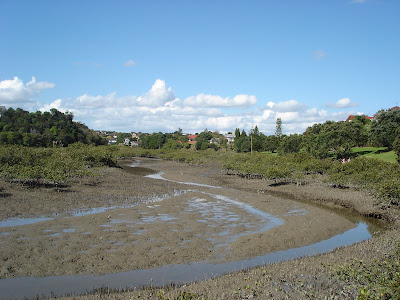 Once the creek meets the Tamaki River, you have a great view of Mt Wellington (my new nemesis now that Mt Eden is conquered) and the sandbar that forms part of the Tahuna Torea nature reserve. We walked past the Pakuranga Sailing Club and the reserve next to it. 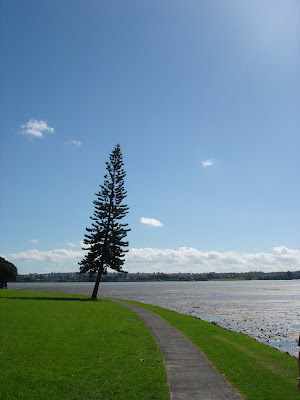 The tide was a long way out, as you can see from the pics, and it took us over an hour to get to the Pakuranga Plaza end of the walk. We turned around and came back, stopping in a bay to eat our packed lunch, and generally watched the windsurfers on the water and the families on the pathway. There were a lot of bikers, and they are supposed to give way to pedestrians. Most do.

Once we had walked all the way back to our starting point we headed further up the pathway towards Ohui-a-rangi and Pigeon Mountain Reserve. Manukau City Council has a plan to overhaul the reserve and has already done significant work on a wetlands area complete with boardwalk and many pukeko. It is wonderful spot even though it isn't complete yet. 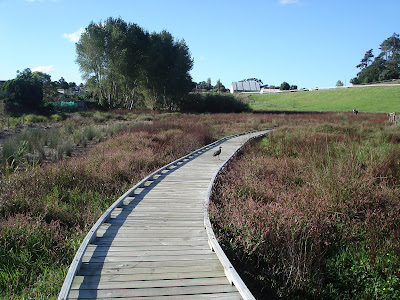 I'd recommend if you do this walk give yourself about 2 and a half hours and start from one end or the other, not part way along like we did. It's pretty much flat and much of it could be done with a stroller too. It would also be a nice bike ride, particularly on a cold day, as the sun reflects off the water and parts of the walk that are sheltered from the wind were very warm, even on an autumn day.

Span
Akl, Aotearoa, New Zealand
Span likes to think of herself as a mysterious interwab force for feminism and leftwingedness. However the truth is, as always, more mundane, what with blogging being the natural home of the frustrated and rant-inclined. Span is most certainly of their ilk. Sometimes she even talks about herself in the third person. We rest our case. 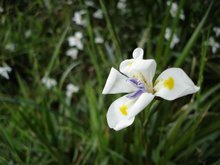 Between Mt Victoria and North Head 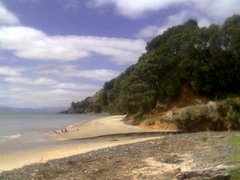 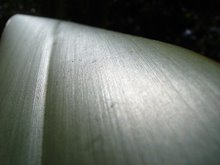 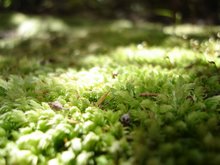